By 2021, there will be roughly 7 billion mobile users worldwide, as per Statista. This paramount importance of enterprise mobility is a matter of contention for businesses. With the rapid rise of mobile devices and its users in the past decade, having a mobile presence for brands has become mandatory for survival and to stay in the course. Enterprises need to realize that their competition is not with traditional businesses, but with those who have transformed into mobile-first companies.

The truth of the matter is, mobile apps have completely modified the ways to garner customer attention than it was some years back. With an eye-catching look and easy-to-use navigation, mobile apps can be accessed by anyone around the world, thus, molding the contemporary approach of targeting customers. Mobile apps offer their amazing advantages as well, like, interactive engagement, geo-targeting marketing, improved visibility, brand recognition, and a mode of direct communication with the customers.

With so much said, it is not easy for businesses to break into the mobile market. The process followed is iterative and requires in-depth research, extensive planning, and comprehensive analysis.

The popular operating system, iOS, doesn’t need any introduction. It possesses an enormous part of the mobile market and has a loyal customer pool, dedicated to the authenticity and luxury of the iOS platform. There are a plethora of apps flourishing in the market, all running of the secure iOS operating system.

Furthermore, iOS app development companies look out developers, proficient in scripting high-quality codes and developing impressive applications. For the same, developers around the world look out for performance-oriented iOS application development tools that can lessen their workload and facilitate their efforts to build innovative mobile applications for various business needs.

Apple’s platform, was primarily, intended to be used over devices that had mobile applications created using programming languages like, C and C++. Security is one primary reason why the customer pool of Apple is loyal and intact. Moreover, the functionality of iOS is widely applauded for its quality and optimum performance. The more advanced iOS mobile apps are written in Swift and Objective C, attracting developers to pursue the programming language for career growth.

The following are the best iOS development tools that must be considered by iOS developers. It is said to be the most versatile tool for building iOS applications. It is an integrated development environment (IDE) for macOS including several software development tools for developing software for macOS, iOS, iPad, watchOS, and tvOS. It was initially released in 2003 and is currently in its version 8. It is a fast and smooth tool and can be easily used by developers to build their instruments with custom visualization.

XCode comes with a source code checker, which means, that while you are typing, XCode highlights any errors and offers suggestions on how to fix those errors. Thanks to the autocomplete functionality and real-time environment of the XCode, developers will spend less time typing codes. The tool comes forth with advanced code compilation. It is one of the best IDE platforms and provides plenty of features to write code, effortlessly. The tool works as an editor and helps developers to run code in any programming language, precisely 25 languages. It is said to be a smooth, lightweight, easy-to-use and reliable tool for iOS application development. Code Runner, allows developers to test code snippets without messing up with the actual app code. 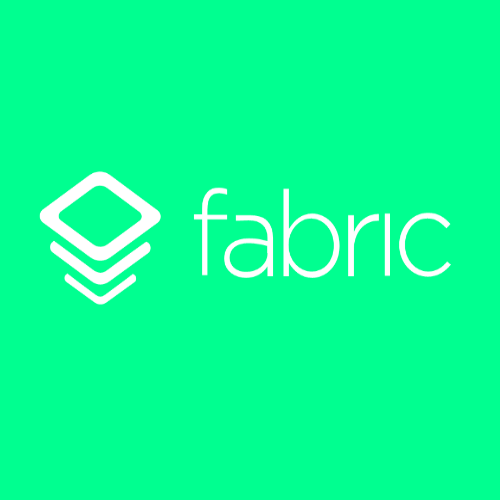 Fabric is one of the best iOS app development tools allowing developers to build applications for various purposes in real-time. It consists of several modular kits that can be mixed and matched to build the best applications. It can be easily integrated into the development environment and lets developers add features to an application easily. It is a lightweight tool and can automate the beta distribution and app deployment process. For developers, who are looking for tools that can help them to compare, the expected and implemented iOS app design in a real-time environment, need to use the Flawless tool. It comes within XCode, and lets developers compare the old design to the new one, easily. All they have to do is place the old design on top of the freshly implemented one over the iOS simulator. It is versatile enough to spot visual differences and fix them over the same screen.

It is said to be the best in-app design review tools used for program inspection. It is preferred by developers and iOS development companies to inspect the app whenever needed. This tool offers three plugins in default, namely, View inspector (to check the properties of the views), Measure plugin (to measure the distance of two views), and slow animation plugin (to reduce the animation speed).

It is one of the best tools to let developers know about the candid user experience for an app. It is an iOS crash reporting tool or an online debugging tool for deep error diagnostic. It provides notifications and smart grouping while working alongside with other debugging tools. An error in the app is detected and is shown on the dashboard along with a detailed crash report. A developer can use this tool to track the issues faced during the individual sessions and work on user interaction.

It is an open-source platform, used to build, host, and manage the apps. It supports queries optimizers, automated scaling, and automated backups. Parse is a very powerful tool, allowing developers to save objects over the cloud using a few command lines. It delivers several features, to lessen the efforts of backend development.