Learn how to run user's python code with Chaquopy in your Android App.

Approximately 4 months have passed since the launch of Pocket Editor for Android. One of the main missing features in the application is the possibility to run some code on the fly. There are a ton of reasons why the implementation of compilers or interpreters have been delayed for so long. One of the main reasons is due to the problematic Storage Access Framework implemented since Android 11 which makes it quite complex to work with files from the user's device, besides of the user's expectations. For example, some users may expect that running Python code directly on the device should automatically give them the rights to manipulate files of the device to its will, thing that is quite difficult to implement, at least for the knowledge I possess right now.

So, although I'll be lowering many users expectations, I decided to proceed with a very useful implementation of a Python interpreter in Pocket Editor thanks to Chaquopy, the Python SDK for Android. Chaquopy provides everything you need to include Python components in an Android app, including:

In this article, I will explain to you how to easily run Python code and obtain its output using Chaquopy in your Android Application.

In most of cases, the installation of Chaquopy is really easy and straightforward, specially with clean (recently created) projects. In my case, I had some trouble with the installation as Chaquopy is quite strict when dealing with the Android Gradle version and I had already an old application that was using a not-so-recent version of Gradle. Remember, if you have trouble when synchronizing your gradle because either the version of Chaquopy can't be found in the maven repository (but the version indeed exists) or the com.chaquo.python namespace can't be accessed, be sure to match the required Android Gradle version with the list of compatible versions in the official Chaquopy documentation here. For example, in the case of my project, I was able to succeed with the installation using the following versions of Gradle: 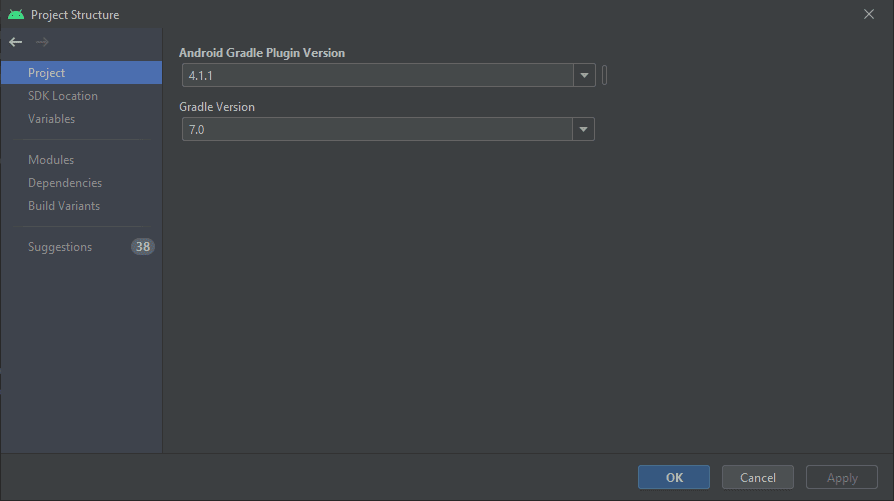 And requesting the installation of Chaquopy 9.1.0:

Once you know the version of Gradle of your project and the version of Chaquopy that you can install, you may now proceed with the installation. As specified by the official documentation, Chaquopy is distributed as a plugin for Android’s Gradle-based build system. It can be used in any app which meets the following requirements:

Meeting this criteria, you need now to register the maven repository of Chaquopy and include it as a dependency in your top level build.gradle file:

As I mentioned previously, I used the version 9.1.0 of Chaquopy to make it work in my project, yours could work with the latest version of Chaquopy (10.0.1 till the date of writing this article). After making this change to the Gradle file, apply the com.chaquo.python plugin under the com.android.application plugin. If you are using the apply syntax:

Or if you are using the plugin syntax:

That's all you need for the installation for now, do not synchronize your project with Gradle Files yet as you need to configure some stuff before.

Now, in your app's build.gradle you need to configure the basic settings of Chaquopy. These settings are the following:

Finally, synchronize your project with Gradle Files and wait for the build to finish. Once it finishes, you will be able to use Chaquopy in your project.

As mentioned at the beginning of the article, the idea of the app is to run python code provided by the user and obtain the output. For example, if the user provides the following Python code to print the Fibonacci series:

The application should be able to capture the output that would be in this case:

After reading the documentation, I was unable to found a way to run code directly without so much hassle using Chaquopy (there's no simple method like executeCode or something like that). Instead, I followed a curious approach that would run the code through a Python script that will receive the code and will run it on another thread. The following Python script will allow us to execute arbitrary code using the python exec function. I obtained this script from this implementation of Chaquopy in Flutter (see official repository here):

Be sure to create the interpreter.py file inside your Android directory src/main/python and save the previous code on it. Considering the way in which Chaquopy operates, we need to create a PyObject that will use the interpreter.py file as a module and we will run the code using the mainTextCode method of the python script. The following logic will do the trick in your Android Application to run Python code from a plain string:

And that's how you can run Python code dynamically in your Android application using Chaquopy.

How to run a system application (executable) from Java