Java has a long proven history, and it has evolved a lot since its introduction. The developers continually improve this programming language. It is undoubtedly the favorites of many corporates and developers. Here are some Java jobs posted on Indeed.

Indeed such learnings will broaden up your career scope. After reading this article, you can make your own decision if Java programming language is worth investing your time or not.

Is Java Programming Language for me?

I often see a new programmer jumping into a programming language or a new technology just because it is popular. However, that is not the right approach. It will ultimately lead to a waste of time. In this section of this article, I will reveal the relevance of Java in different fields of IT to help you decide if Java is right for you or not.

1. You need Java if you want to jump into native Android application development

Java is the programming language that you need to use for developing a native Android application. There is no other way around if you aim to create mobile apps for the Android operating system.

According to Statista, the market share for the Android operating system is over 84%. There is a huge demand for Android developers in the world today. There is a new programming language, Kotlin, which have been gaining momentum lately. However, Java is the language that you need to learn if Android development is your goal.

Java is a great programming language for developing top-notch games. The famous one, such as RuneScape, is a Java-based game. You can find Java games everywhere on the market.

There is a wide range of Java libraries that make game development easy in Java. For instance, you can use Open JavaFX. It will take away your burden of heavy coding, as you can easily use the library for playing around with diverse images. Here is a site that has top-class Java game development tutorials. You will find a vast community of Java game developers in case you need help.

If you aim to build a lightweight game, there is a library for that too. There are other popular programming languages for game development besides Java, such as C++, Python, C#, and so on.

3. Java has managed to enter the Data Science field 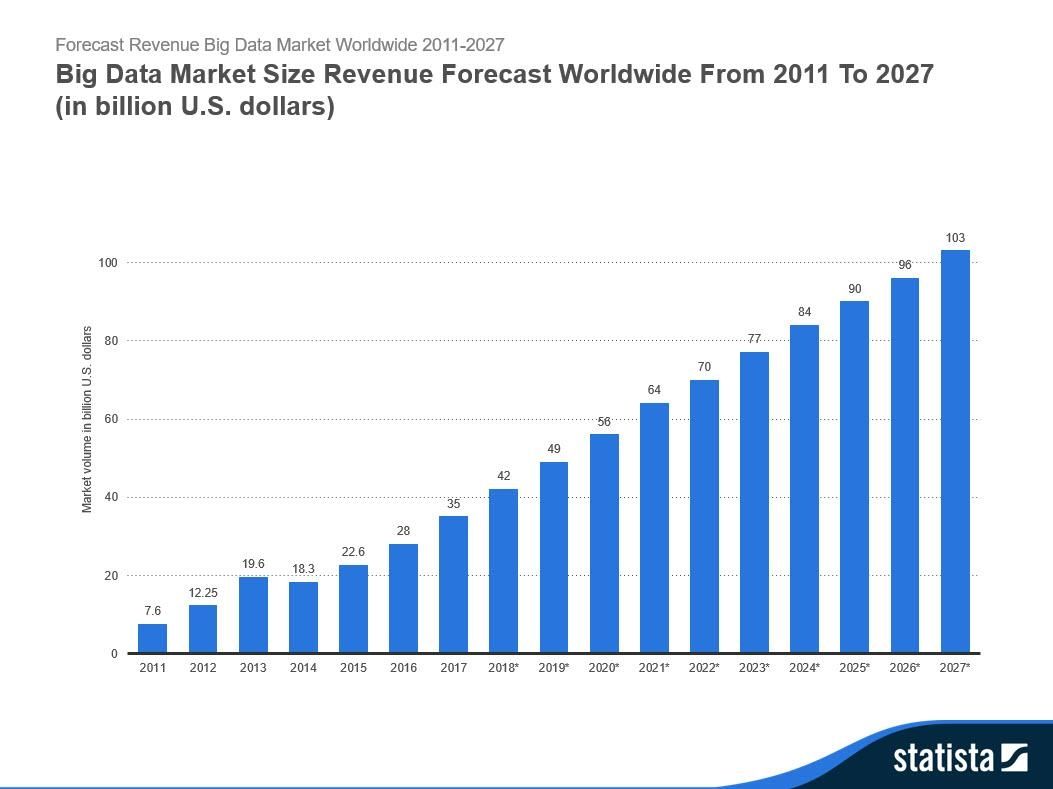 The revenue generated by Big Data is, and it is increasing rapidly every single year. Even though Python and R rule the field of Big Data, Java is not far behind them. Java has numerous libraries and frameworks, such as Rapid Miner, Weka, Java Data Mining Package, and so on to carry out data analytics tasks.

However, you should focus more on R and Python if your primary aim is to make your name on the Big Data field. In case you already know Python and R, you can learn Java to broaden your opportunities in the area of Big Data further.

4. Java is an excellent choice if you want to be an IoT professional

There is massive scope for IoT developers. The demand for IoT developers is increasing at a rapid rate. Here is a chart that shows the number of interconnected devices in the world right now and future prediction. 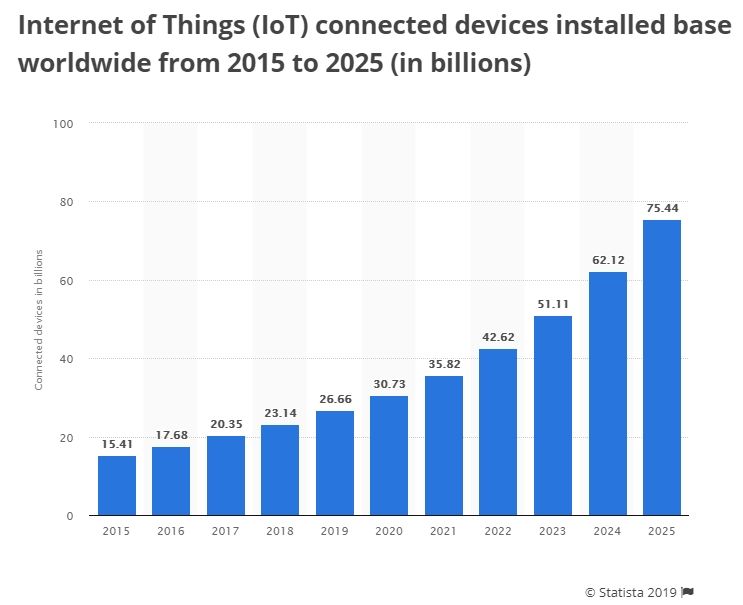 We can see that there are already over 23 billion interconnected devices in the world today. That number will surpass 75 billion in 2025. It is a new norm to have Alexa and other smart devices nowadays. These devices need apps to control them.

Java is a corporate darling because of its performance and security. Java Enterprise Edition  (Java EE) is a leading platform that offers an API and runtime environment for carrying out scripting and operating enterprise software. It also provides a context for web-services and network applications.

For those of you who want to work in huge corporations, you should learn Java. It will tremendously increase your chances of getting a job. The majority of enterprise machines have Java installed in them. Due to its high-frequency trading and a mind-blowing performance, the developers choose Java for scripting Murex. Java is also the heart of significant banking applications.

Java again is among the favorites when it comes to embedded systems. The integrated systems range from a small chip to a powerful computer. They are part of large electromechanical systems that perform dedicated operations.

Numerous tools like SIM cards, televisions, blue-ray disks, utility meters, and so on make use of Java technologies. Oracle claims that all blue-ray disk players along with 125 million-plus TV pieces of equipment use Java technology.

There is support for web applications in Java via Servlets, JSPs, and Struts. Many corporations prefer Java for creating a robust web-based app for their organizations. You can find much large government, health, education, social security, and insurance app that use Java. There are also developers who use Java for building open-source eCommerce applications. One of the famous examples of Java-based eCommerce app is Broadleaf.

If you are serious about web development, you should focus on learning other programming languages as well like HTML, CSS, and Javascript. After learning them, invest your time on Node Js Certification Training Course. The training will guide you from A-Z to help you start working in real-world projects right away.

However, it is always beneficial to get the taste of multiple programming languages, not talking about being an expert of all and jumping into one without any purpose. So, what is your decision? Is Java programming language worth investing time for you?

Let me know your choice in the comment section below with a reason.

Danish Wadhwa is a doyen of governing the digital content to assemble good relationships for enterprises or individuals. He is specialized in digital marketing, cloud computing, web designing and offers other valuable IT services for organizations, eventually enhancing their shape by delivering stupendous solutions to their business problems.