In this article, we'll show you how to install the desktop client of Spotify on your Kali Linux distro.

If the process shown on this article doesn't work, follow the debian installation steps of the official Spotify website here.

Add the spotify repository to your system with the following command:

After registering the repository of Spotify, update the list of packages of the system with the following command:

Finally after registering the signing keys of Spotify and the repository, install the desktop client with the following command in the terminal:

This will confirm the installation on the command line answering yes to all the questions.

After installing Spotify with the previous step, you will find an icon of the application on the installed applications of the System. Just start the app from the executable and that's it, you can now use the desktop version of Spotify on your Kali Linux distro: 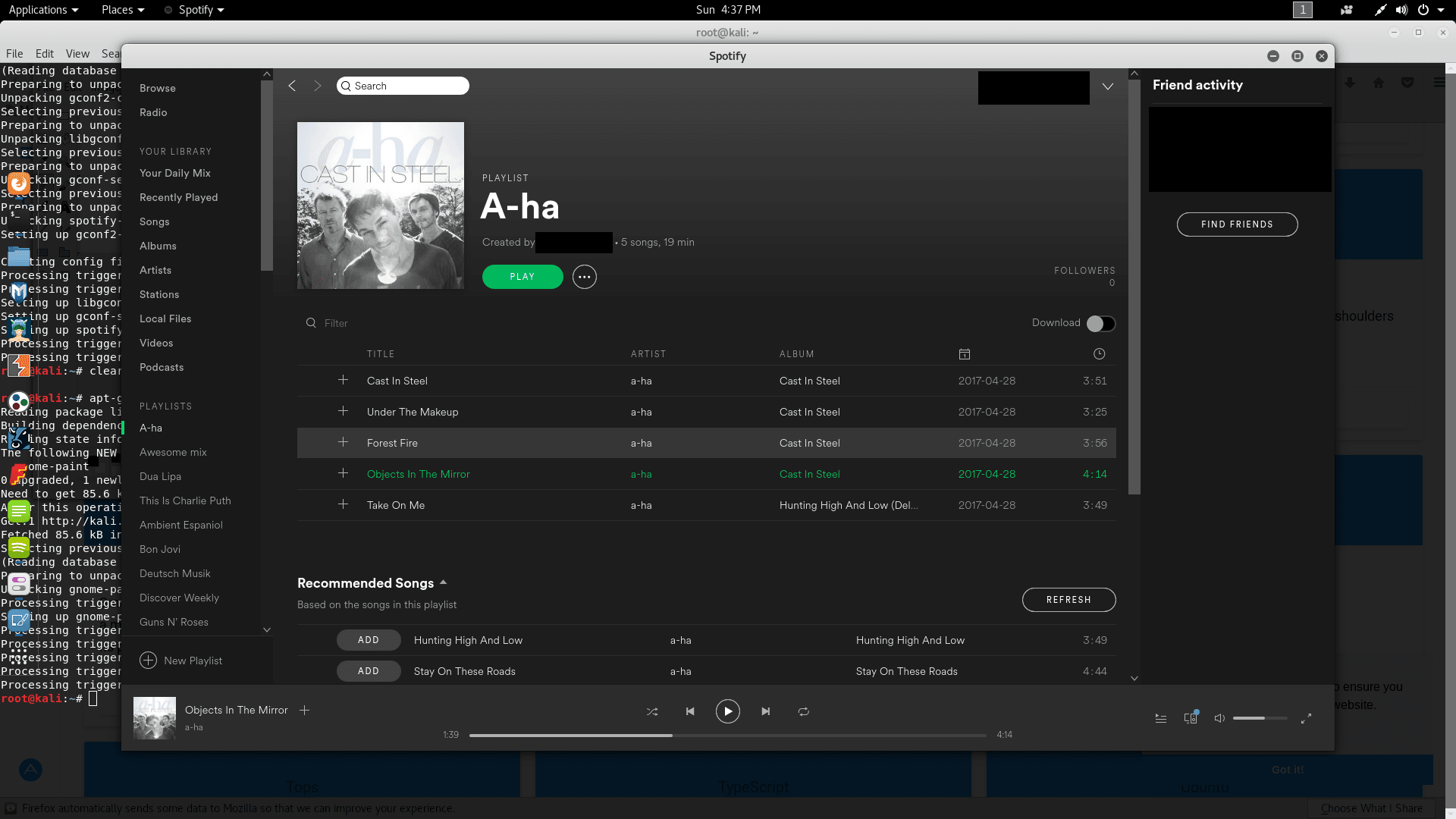