Without mobile apps, the usefulness of a mobile device decreases significantly. After all, what would most of us do without our favorite apps? Mobile apps don’t just entertain, they help us to accomplish our day-to-day activities, streamlining everyday life. Everyone uses mobile apps, yet even the most tech-savvy users aren’t quite aware of the concept and technology that brings these apps to life. Simply put, mobile application development frameworks are the foundation with which every amazing iOS or Android application is built upon.

iOS apps increase in popularity with each passing year. With 100 million iPhone users in the US alone, there is a lot of potentials to reach new eyes across the iOS platform. Reaching that potential starts with the mobile application framework, also defined as a software framework. Generally speaking, these frameworks allow app developers to create an application with the help of several sub-components. These components include toolsets, different code libraries, various interfaces, and debuggers. Frameworks are the very base of any app.

Mobincube is an excellent application development framework that is perfect for those new to the world of app development. It is the best available tool for building native mobile applications on iOS, Android, and Windows platforms. Most of all, it is easy to use by just adding screens and adding elements. For development newbies, Mobincbe offers 100% pre-built templates that can quickly be utilized to make a dream application for a small business or idea with almost no-coding experience required. Developers enjoy the variability of the framework, as they can create applications for sectors such as entertainment, business, education, and healthcare. Whether you’re a strong coder or new to development, Mobincube is a great first choice.

Sencha Touch is a responsive enterprise-grade development framework that is intended to help with building cross-platform applications with the help of HTML5 and Javascript. It is one of the premium choices in the mobile app development framework market. Sencha Touch creates high-performance applications with a close to Native app experience. It is known for its easy-to-use drag and drops HTML5 application builder and ready-to-use mobile application templates. Developers can also create custom components and add them to their virtual library for reuse in future application endeavors.

Anyone in tech knows the name Intel. Intel XDK allows an app development team to develop across platform applications for each of the available app stores. This is paramount if you want your app to reach the widest audience possible. This includes web services and plugins for varied yet rich content, responsive apps, and interactive mobile apps. Unlike more simplistic development frameworks, the Intel XDK framework is known for helping developers with every task, ranging from emulation and development to testing and debugging. 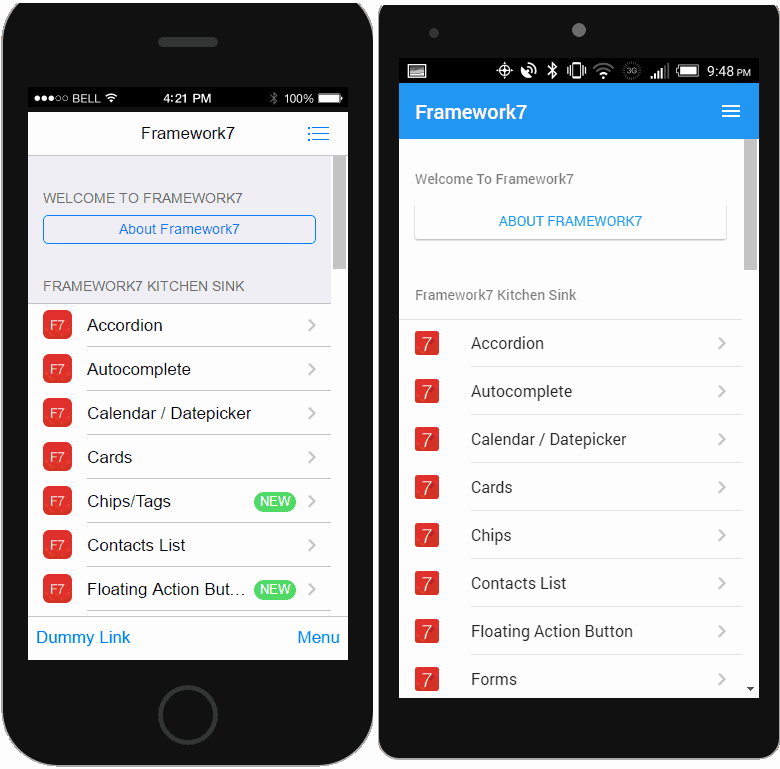 Framework 7 is seen as one of the most stable independent frameworks on the market today. Unlike other frameworks, it doesn’t require a dependency on React or AngularJS.  It also only requires CSS, Javascript and HTML knowledge for the active development of iOS applications. Customization is very easy to achieve on Framework7, as is creating native applications without external dependencies. Additionally, Framework7 allows for mobile app development teams to utilize many unique UI widgets and elements that can aid in developing feature-rich applications without hassle.

Xamarin is fast-becoming the best mobile app framework due to its single shared codebase and perfectly incorporated apps.  The platform is supported by the well-loved C# programming language which can help to boost quality within the app and support the myriad tools Xamarin includes. Xamarin is known as a developer platform, as it is well-loved by those who develop native applications for iOS, Mac OS, and Android devices. One of the most impressive advantages is that swift app development platforms like Xamarin ensure fewer bugs. It can also save on development time by reutilizing code and matching syntaxes. 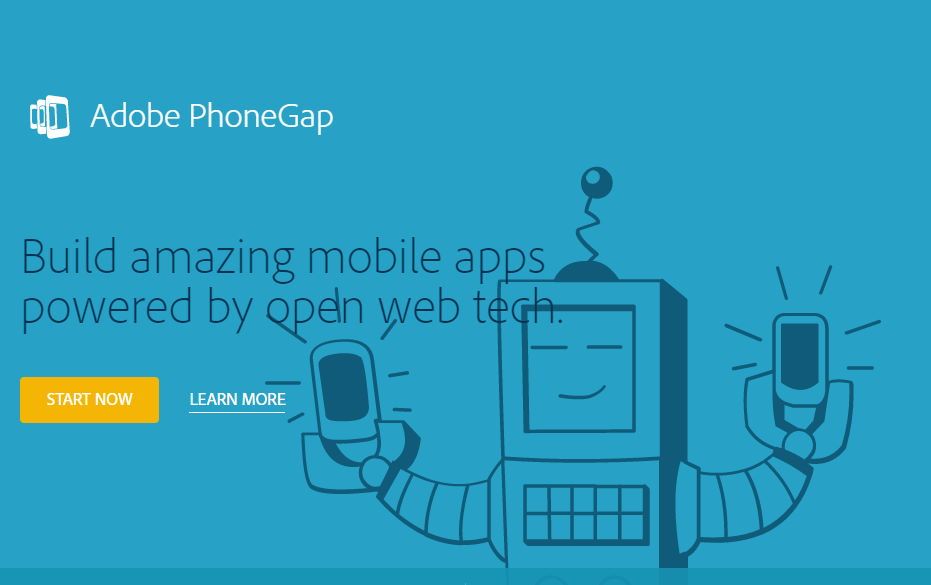 Most people are familiar with the name Adobe. Much like their other software solutions, their mobile development framework is guaranteed high performance across different devices. With Adobe Phone Gap, any iOS developer can easily deliver a well-developed application that works. Whether you work exclusively on iOS or not, you also have the option of developing apps on Android, Blackberry, Windows, Mac OS, and Firefox OS. With a handy collaboration feature, several developers can work together on a singular project. It also features a tool known as Hydration, which reduces the amount of time required to complete an app, while also simplifying the eventual update process. 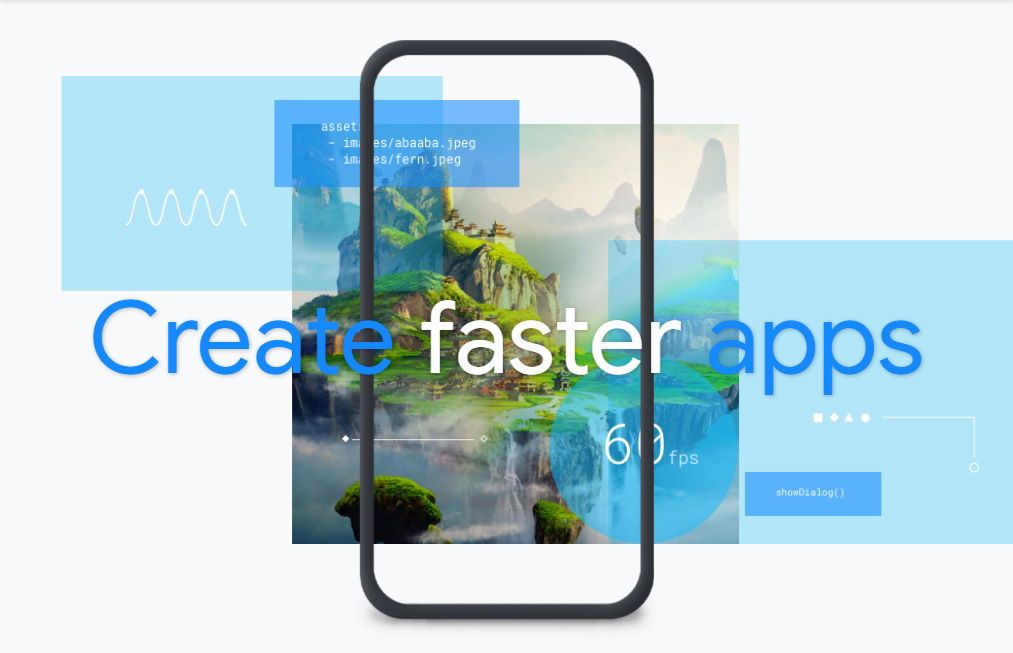 Straight from the minds of Google comes Flutter, a development framework that attracts developers by enabling faster coding processes. By leveraging for faster coding, the app development process is deemed more convenient, as a single code base is provided for both iOS and Android. Unlike similar apps, Flutter’s main advantage is the ability to modify old widgets and in turn creating new widgets in a seamless and effortless way. This helps to build highly responsive mobile applications that can engage the audience within a short period of time.

Even iOS development teams don’t always want their hands tied in terms of platforms. JQueary mobile is a cross-platform development framework that works perfectly on iOS, Android, Blackberry, Windows, MeeGo, Nook, and Firefox platforms. Creating apps is simple and straightforward on JQueary. One of the best features of the framework is what is known as ThemeRoller. ThemeRoller allows any app developer (regardless of experience) to quickly create an outstanding design for your application without overwrought languages. The framework is powered by Ajax navigation system, which will also play a key role in providing smooth animation of pages and keeping the app free of errors.

React Native was the top iOS development framework of 2019 and it is poised to hold its position in 2020. Among iOS app development teams, the React Native framework is always preferred. React Native allows developers to focus on crafting high-performance apps in short cycles, allowing for fast deployment times and a quick turnaround on investments. Since the app deals with JSX, there is no need for development teams to learn overtly complex programming languages that are typically used in crafting iOS apps. Additionally, React Native is known for providing the smoothest animations as the code is quickly converted into native views prior to the rendering process. 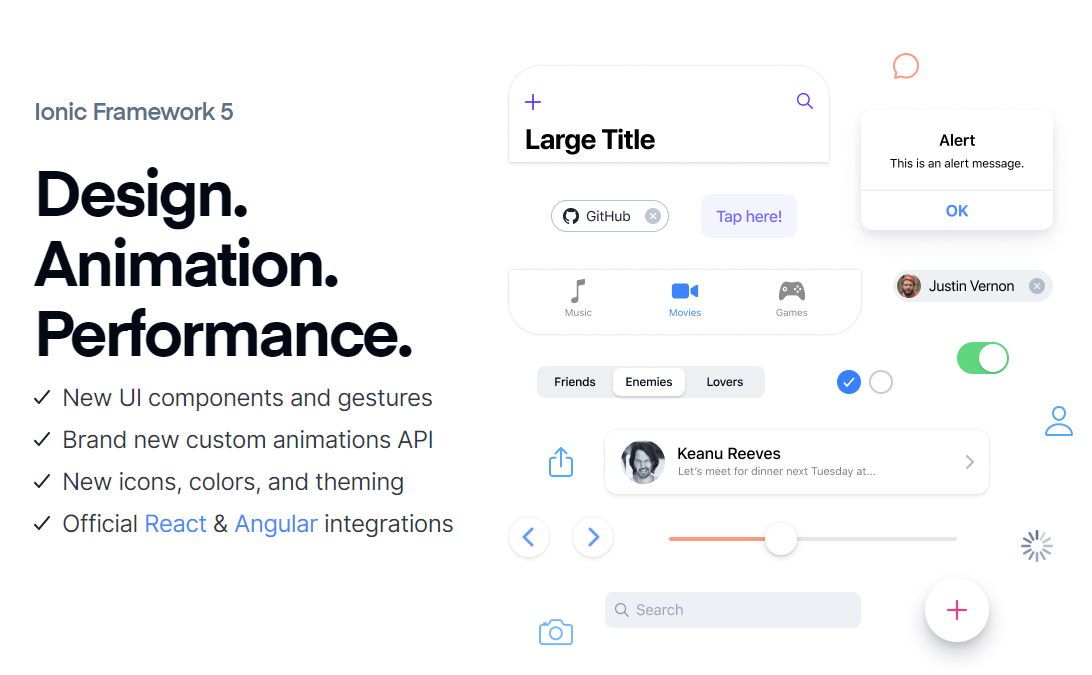 Unlike Ext Js, Ionic is an open-source framework platform that provides cross-platform mobile application development tools. iOS app development teams love Ionic because they can utilize a set of default UI elements like filters, action sheets, list views, tab bars, forms, and a handy navigation menu right in the design. In this way it allows teams to focus on the business of developing apps rather than worrying about user interface elements. For any developer familiar with JavaScript, CSS, or HTML, then Ionic Framework proves far more manageable than similar app development frameworks. Additionally, Ionic can support apps on Android and iOS devices. 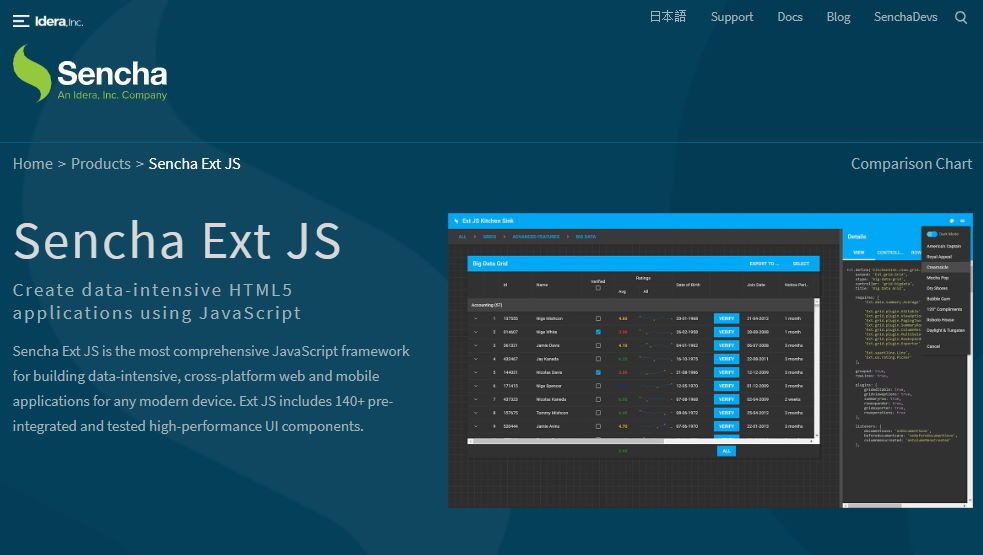 When it comes to a good mobile framework, flexibility is key. Ext JS offers both Javascript and HTML 5, which allows developers to create a varied range of both complex and more simplistic apps. Unlike comparable frameworks, it offers a diverse range of widgets, including toolbars, menus, forms, and lists, among many other features. One notable tool is Sencha Test, which can help you to test your app across platforms and browsers.  Ext JS can work for developing mobile frameworks for iOS devices, as well as Android and Windows. Most importantly, it can work seamlessly with other APIs, meaning you can combine various APIs with a given objective to achieve the perfect end results.